Kucinich, who served 16 years in Congress, was Cleveland mayor in the late 1970s, and ran for president in 2004 and 2008, plans to hold town hall-style forums across the state in Centerville, Columbus, Parma, and Elyria Monday through Thursday. He kicked it off by talking to reporters at the Ohio statehouse.

“When state revenue for public schools decreases because of money which goes to private for-profit charters, public school officials must make up the difference by asking local property taxpayers for more money,” Kucinich said. “It represents a deliberate, destructive undermining of the public education of Ohio’s children. What is our educational philosophy today? Let for-profit corporations exploit the mass of children by controlling the state government?”

“With that last line, he was referring to state legislators “who have accepted millions of dollars in campaign contributions from charter-school operators, notably William Lager of the Electronic Classroom of Tomorrow and David Brennan of White Hat Management,” according to the Columbus Dispatch….

According to a report released in advance of DeVos’ visit, since the 2012-2013 school year, $3,744,988 in state funding originally meant for children attending Van Wert County’s local public schools “has instead gone to privately run brick-and-mortar and online charter schools.” In turn, said the report from Innovation Ohio, “local taxpayers in Van Wert…have had to subsidize these larger state payments to charter schools to the tune of $1.4 million—money that should have supplemented the larger state aid amount but is now being used to subsidize poorer performing, privately run charter schools.”

There once was a lady named Myrtle

But no one knew

Who helped her into her girdle.

If I should die while I’m awake

will I go seeking absolution,

dragged down by the shackles

of sin in my swollen belly, or

ship out soundlessly from my berth

into the eternal matrix

where sins are but a fleet of

As I was cleaning out some genealogical papers, I came across one I had forgotten about, and in this day and age I found refreshing:

A notice from the Henry County Bulletin years ago:

The Poet for Councilman

To the Voters of the Town of Martinsville

Two years ago as you well know

The ticket bore my name

And if you scratched it off or not

I thanked you just the same

Again I ask for your support

Not that I claim to be

A better man than others are

For all of you know me

But promising to ever stand

For what is just and true

And leave results with you.

Shannon took videos of the International Street Fair yesterday, in Athens, Ohio, for Public Access Television. I was asleep when she got back and she didn’t wake me, so I don’t know how it went. I saw in the paper today, however, that at the happy international festivities 5 out-of-towners visited the fair bearing unconcealed weapons and smiles.  A city policeman was on their heels the entire time.  The visitors  seemed to think that it was an act of overt goodwill and an opportunity for discussion, but I declare I wonder about their judgment.  I seriously wonder if men would be so attached to their guns if they were not phallic symbols? Maybe the entire hoo-haw relates back to castration anxiety?

P.S. For some spooky reason, Word Press was slow to accept “guns” as a category.  (Maybe not so spooky, now that I think about it).

Stupendous. I can’t help wondering who damaged her. Thanks so much for sharing light on this little acknowledged area of child sexual abuse. I’m re-blogging.

She walks slowly
bulbous eyes locked on the floor
where, in the center
her prize awaits

He tightens against her presence
but she murmurs
almost purrs
as her eight legs begin to pry at him
unfolding his frame
until he lies before her, unable to move
held fast to the floor

Her fangs drip with the venom of her lust
and he closes his eyes,
wishing himself gone
as she bends down and begins her feast
taking what she wishes
leaving him filled with shame
humiliation
fear

I apologize.  I failed to include one truth from my book Fallout: A Survivor Talks to Incest Offenders and Others. I was afraid one piece of truth I came across might be destructive to victims of severe sexual abuse in childhood, and I didn’t want to depress them even further.  I have since realized that it may be important for those survivors to know and understand the full effects, which are reflected in the following:

“Child Sex Abuse Leaves Mark on the Brain,” by B. Bower, Science News of the Week, Vol. 147 June 3, 1995. “Two new brain-imaging studies, conducted independently, indicate that severe, repeated sexual abuse in childhood underlies damage to a brain structure that helps to orchestrate memory. This cerebral injury may predispose people to experience an altered state of consciousness known as dissociation and to develop symptoms of post traumatic stress disorder (PTSD)”….They had remarkably smaller hippocampal volume. Dr. Murray Stein’s brain-imaging studies at he Univ. of Cal. at San Diego was supported by J. Douglas Brenner of Yale University School of Medicine….Since I didn’t (don’t) consider myself an extreme case of incest, I overlooked the  article. Later in my research I came across even more recent findings about this. I realize now that, with so much discounting of the effects of child sexual abuse, bringing this information forward, instead of depressing survivors, may be experienced as validation for their current feelings.

I lost the reference, but Jamie Talan in Newsday reported that physical, behavioral change can result from sexual abuse during childhood, as well as high testosterone and stress hormone cortisol and an adrenal hormone. Severely sexually abused young girls tend to reach puberty a year or two before their peers. The abused girls have fewer friends, are disliked by teachers and have high  levels of depression and attention deficit disorder.  (Of course this finding may reflect the attention deficit disorder, which would not endear them to teachers either.)

I apologize for leaving the above out of my book. 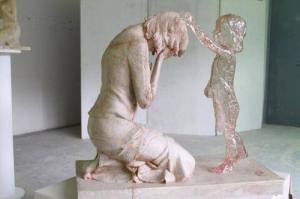 During therapy, accepting and grieving the loss of what might have been is an important step.

Pulling your hair only hurts your head–

If you can’t say something nice,

may break my bones

but words can really

Thanks for your time and skill to educate me. I’m re-blogging.

At the risk of sounding like an alarmist, I’m alarmed.  For work and for curiosity, I’ve spent many years following Asia; politics, culture, history, I went so far as to teach myself Chinese so I could read their papers, I was put into the Korean language program at the Defense Language Institute.

I spent a short time, in Korea, reading breaking news in Chinese and Korean and telling my bosses what I thought it meant.  I don’t claim to be a great brain on Geo-politics, but I’ve followed it and macro-economics for several decades.  Given my background, unqualified as it is, I’m growing more dismayed daily.

In a nutshell, our President is taking us into schoolyard fights with the world’s biggest bullies.  Putin – Russia’s…