In order to respond to a recent blog posting by a survivor,  I got out a book I wrote and published in 2014, and re-read it.  Because the world is so threatened by anything that smacks of sex offending or incest, it’s basically never been read. I published it through Create Space and did nothing to publicize it. Oh, I sent a note to the local paper which was discarded, but I write, I don’t push.  After 4 years I have only 282 blog followers, but I love them all.   My county library was disinterested in helping to sponsor a presentation on the book, and I didn’t push.  A follower wrote something positive about the book but I didn’t know enough to pick up her review and run with it (thank you).

But the thing is, it’s good and valuable and I’ll soon be 83 and no one will have profited from it.  Sooo–I’m going to try and schedule a discussion of it at the county library, knowing that the incest offenders, for whom it was primarily written as well as survivors who I also believe can profit from it but are ashamed, will probably not show up.  I have one friend who I believe will attend–won’t you, Alexa?

The discussion will be based on the book Fallout: A Survivor Talks to Incest Offenders plus her journal including dreams, drawings, and reflections.  I treated sex offenders at Hocking Correctional Facility for 12 years, and spent two or three years researching the literature.  At first I began to write on just my experience as a survivor, and the damage incest causes, but then I realized that would be too easy to discount, so I began the research.

Since I used to be a clinical psychologist before I got too old, the session will hopefully involve give and take more than preaching.

I’m kinda scared to do it, but I figure if I announce I’m going to do it I’ll follow through.

Athens, Ohio, but they want a sponsoring organization so I’ll push through that situation.

The human heart has limits, folks.  We have limits to what we can absorb, how much we can feel before we finally just … burst.

Tonight, after many frustrating, sad, maddening news stories, after writing my post for this a.m., and just as I was about to head to bed, I got a notification that I had a Facebook message from one of my favourite people in this world, Rob Roland.  Rob used to live next door to us, and I always knew that as long as he was here in da hood, there was nothing and nobody that was going to hurt me or mine.  Though Rob stands about 6’8”, he always called me Grannie, always had a hug for me, and insisted that his three adorable little girls say “yes ma’am” or “no ma’am” when I asked them a question.  Rob’s wife Aundrea is a sweetheart and I…

I’m not sure what the#metoo procedure is all about, but it sounds like this should be an addition to the list Me too, by the way.

I wonder–what is the equivalence of the window’s glass?  Apologies to Grumpy for getting carried away and adding one of my own photos.

What does it mean that we can fuss

over protons being two places at once

when millions are starving and homeless?

Has our brainpower overshot its mark?

We could speak of kinship preferences

if we were taking care of our own

but I include myself among those who

worry about how trees can hear.

Or spend time wondering if the protons

who don’t do their thing if observed

would behave the same stubborn way

if the observer were a dog or baboon.

Could our brains be too big for our britches?

(Going through old papers–don’t know if this has been posted or not). 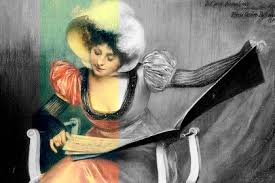 A follower kindly suggested I add a haiku to my post on the Angel (8-20-18), making it a haibun for d’Verse.  I doubt my ability but thought it might be fun to watch me squirm:

Angels in the night

it’s not supposed to directly continue the first part. So,

down the road over the hill

he’s and fat with insects

On my desktop this morning, from Open Culture:

One of the sources of their vision is a computer program developed at MIT by computing pioneer and systems theorist Jay Forrester, whose model of global sustainability, one of the first of its kind, predicted civilizational collapse in 2040. “What the computer envisioned in the 1970s has by and large been coming true,” claims Paul Ratner at Big Think.

Those predictions include population growth and pollution levels, “worsening quality of life,” and “dwindling natural resources.”  [and Trump?]

True, Friday night I was too busy looking up the word gopher in the dictionary to wash the dishes. Perhaps it served me right, because I found that Webster’s New Collegiate Dictionary 1973 defines the little feller as  a “burrowing edible land tortoise.”

Now I ask you: what kind of person would focus on how eatable an animal is in its primary definition?  Maybe a hungry non-vegetarian.

Curious, I rushed to look up human and found  as I suspected that the definition does not include women. At least it didn’t say how edible cannibals consider us.

Why was I rummaging through the dictionary instead of busy in my kitchen sink? Because I was writing a haiku and wanted a better word for turtle to describe keeping dry within one’s shell.  I didn’t find one.

To the desk chair it most definitely concerns:

Please note, this is not a letter. This is more of a notice. A warning, if you will. Actually, that’s a bit too catastrophic. I see the word “warning” and I think of people rushing outside to film shaky videos of the most recent storm.

This is just a greeting from the person you are now seating. How’s the air down there?

Let me start by telling you a bit about the chair that came before you.

I didn’t know what perfect was before I met it. We bonded instantly. The connection was stronger than Wi-Fi.

I’ve always had a thing for chairs that spin. I hear it’s quite the workout.

That was an exercise joke.

That chair entered my life at a time when I…