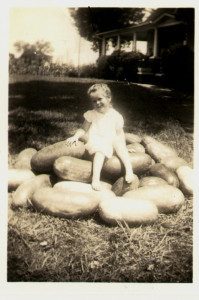 All right, I moved to the city, but the first seven years of my life were the happiest, and on my grandparents’ farm on Old Dowd Road in Charlotte, North Carolina.  I attended the Church right across the road, and my grandmother was a saint.  When I once asked her if we hated Hitler, she said, “No, we just don’t like his ways.”

With an early upbringing like that, how could I vote for Trump?  Was he trying to buy our vote back in 2020 when he gave 46 billion dollars to aid farmers?  If so, it seems he may be getting paid back in votes.  It’s true  these days that farm folk are needy, but voting for what amounts to the death of Medicare and Social Security is  cause for re-thinking it.  If my grandmother were alive today I know she would say, “We don’t hate Trump, we just don’t like his ways.”  Is there one of the Ten Commandments he hasn’t trashed?  (I haven’t counted).

I love to remember my days on the farm…eating a warm tomato in the field, playing on the quartzite in the red clay under the clothesline, watching the ants in the ant parade, and the lovely smell of the land after a heavy rain.  I just can’t get my head around the notion of rural dwellers voting for a big fat liar.  (I’m responding in part to a NYTimes column by Paul Krugman that got my dander up.)

Talk back to me in commens, if I’ve been able to facilitate that.  Maybe you can explain how you could vote for a liar and risk our democracy…or decide not to vote for him?