The swearing in of Joe Biden as the 46th president is a huge deal. We can return to more normalcy in governance as he tries to unite us. But, let me set that aside and say the inauguration of Kamala Harris as vice-president is “a big effing deal.”

Seeing a woman sworn in as vice president is a long time over due for a country that touts democracy. Other democracies have preceded us with a woman being president, prime minister or chancellor. Angela Merkel, Jacinda Arden, Tsai Ing-wen, Sanna Marin, Indira Ghandi, Golda Meir, Margaret Thatcher and Theresa May all come to mind just to name a few.

Harris is not just breaking the ceiling as a woman, which is a big effing deal by itself. She is the first African-American, the first Asian-American, and part of the first multiracial couple and family to occupy the home of the vice-president. She is uniquely American, as representative of our melting pot as one can get.

But, as a man, let me attempt to address this walk-in-the-shoes moment and what it means. My wife wore pearl earrings to honor Harris’ alma mater as she watched. And, she was crying after Harris was sworn in. A man does not realize how a woman feels to be treated in an overbearing way. Or, to be condescended to. Or to be belittled. Or, to be passed over for a promotion because of her gender. Or, to be sexually harassed or even assaulted.

Sheryl Sandberg wrote the excellent book called “Lean in,” which tells women to lean into opportunity or push back. It was and is a great title in that men are very skilled at leaning in. There is a line, I think from this book, that says a man with lesser skill sets will often feel more qualified for a job than a woman does with more skill sets.

We must layer into Harris’ make-up the fact she is a multiracial woman of color. In an interview on CBS Sunday Morning, she noted she has been told “no” at every step of the ladder. Then, she smiled and said “I eat ‘no’ for breakfast.” That embodies Sandberg’s theme. Just think of all of the young women and young women of color she will influence going forward. Be a leader, be a scientist, be an engineer, be a doctor….don’t accept no as a reason you cannot.

This is a big effing deal. I wish her, Joe Biden and their families and staffs the greatest of success. We need them to succeed in uniting us.

Since I totalled my car Jan. 21, I have been wheeless so was glad Alexa suggested she pick me up for a free movie.  The free movie was a documentary on Dolores Huerta, first of a series on Women Pioneers sponsored/presented by O.U.’s College of Fine Arts at the local Athena Cinema.  I viewed it during the timeframe that our president was delivering the State of the Union Address. and among other things the documentary addressed many of the issues current on the political scene,  historically (although Dolores Huerta is still alive and beautiful at 87).  She partnered for years with Cesar Chavez in the fight for racial and labor justice. Mexican farm laborers at work and in protest are spotlighted from archived film.

What got me on this kick is the freeing effect it had on me personally, in that Dolores has led such an active life outside society’s restraints.  (Almost totally outside). She is a free, loving, courageous woman who has always responded to her inner drummer.  The experience has given me a shot in the arm. 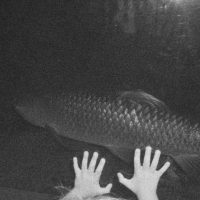 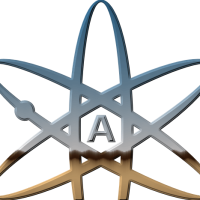