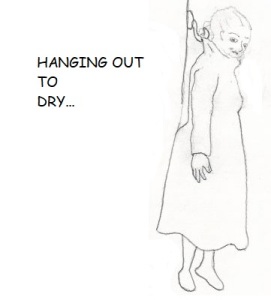 I need hanging out to dry

every now and then…

When I sit imperious

The most disturbing efforts to monitor schools and teachers for wrong-think involve actual surveillance. Bills introduced in Iowa and Mississippi would install classroom cameras that would stream lessons over the internet for anyone to observe.

The fire broke out on Wednesday morning in the cargo hold of the ship, called the Felicity Ace, which had departed from Emden, Germany, on Feb. 10 and was scheduled to arrive in Davisville, R.I., on Wednesday. The ship was about 200 miles from Terceira Island in the Azores, the Portuguese island territory, when Portuguese forces moved in on Wednesday to evacuate the crew.

No rescuers or crew members were injured in the “highly skilled and physically demanding” operation, which included a helicopter… The shipping company could not immediately be reached.  [I wonder what they were busy doing?]