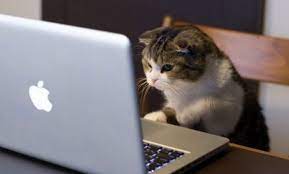 Microsoft.  Microsoft happened to me.

It told me I had to change my pin, but it didn’t seem to know I was me, since my password was stored on my computer (unavaila ble).  The ONLY sway I could prove I was me was through my phone number.  They would communicate with me through my phone.  Only I had a new phonde so I  couldn’t tell them, and there was no alternative way to prove who I was.

Somehow  I waas told to communicate  with them through  another hookup (not their term), so I called my daughter in Atlanta long distance to see….   To make a loooong story short, somehow I finally got on, temporarily, but I had to leave it on, which I was  glad to do.  But the next morning there seemed to have been a power bfrake and it was lost again.  I still can’t use my computer (someone said I would have another change the beginning of he New Year, but miraculously my daughte and granddaughter came up for Chr.,istmas and got me  connected via a desktop.

So I may have more than two weeks of e-mails to read and then  hopefully I can get back to this blog again.  (My re-writing my transgender novel was also wiped out, revision-wise.)

5 comments on “what happened to me”