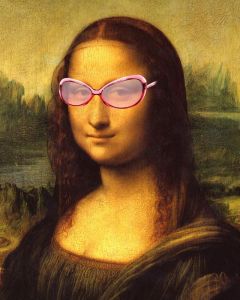 First, what’s the story behind the ads selling U.S. postage stamps?  I can’t imagine.  If it’s a scam, why is it advertising itself?  The more I wonder about it the crazier it seems.   I’m stubborn and don’t like to Google everything!

Second is not so much a wondering as it is a sharing.  Acording to Mother Jones, Martin Luther King Jr. was refused a gun license despite credible threats to him and his family.  The article refrained from pointing out that he was eventually killed by a white man’s gun.

The following is not so much a wondering as it is an answer to questions tht arise when reading the daily news.  I’m educating myself as I share.  For instance, what are the recent generations’ definitions?  Oh, alright, I used Google:  Currently, five generations make up our society.
…
What are the primary generations today?

So what happened after 2015?  And who says the Silent Generation is silent?  I reckon 2015 to present and beyond might some day be dubbed “End of the World As We Know It.”  Or–might 2022 forward be the generation “That Saved the World As We Know It?”  I keep on reading…Generation Z (or Gen Z for short), colloquially known as zoomers, is the demographic cohort succeeding Millennials and preceding Generation Alpha.

LOL…I’m never sure what that means.  Lots of Luck?  Lots of Love?  Via Google I learn it also can mean Laughing Out Loud,  even “I hear you.”

Antifa – Antifa’ is a shortened version of ‘anti-fascist‘

KKK – Ku Klux Klan,  with its long history of violence, is the oldest and most infamous of American hate groups

Oath Keepers, Three Percenters and the Proud Boys are only three of a number of  US terrorist groups.  Google has an apparent hesitancy in listing many of the paramilitary groups across the US.