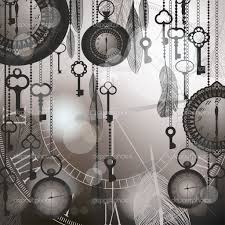 My last child was born in 1971, a Down Syndrome child with a terminal (at that time) mitral heart defect. Trying to make sense of this unexpected event which was traumatic to me (for years I couldn’t mention it publicly without crying), I sought out a psychic reading  in an attempt to make it fit into my experience of the world.  I just came across something I wrote about the reading, written three years later:

My aura is muddy with fear

the psychic said, three years ago,

as I sat hesitant before him,

searching out dim forces of my destiny.

lies in wait for me, he said.

Mine to scale the heights of consciousness

and mine to loosen passive bonds.

Through action shall I free the captive

Soul of eons whose receptive mold has

fashioned the aura which I wear,

my third eye and our third world

in a consciousness both higher and raised.

Three years hence where shall I be?*

The psychic reader was an official minister in his other role, and when my father subsequently died I asked if he would conduct the funeral service and include a “life reading” for him, so I could better understand why my father lived the life he had.

It was clear the psychic/minister was scandalized at the suggestion he bring his psychic activities into the church in a funeral.  I wondered how he put it all together in his head, or rather why he didn’t.

I reckon I’m going to have to work on freeing my captive soul the next time round.

(If nothing else works, a psychic reading can be briefly useful).