The older I get, the more I realize this offensive, casual, ubiquitous misogyny in our culture affects older women in spades. When women are no longer “useful” to men, in the most basic, reproductive sense, they become an annoyance, taking up space. The opposite of “eye candy.” Bothering more important members of the community when they should just gracefully disappear into a corner. Maybe babysit. Because “male” attitudes still prevail as “normal,” this disregard is carried out generally. Not only bymen personally, but in our media, ads, stories, movies. And in our politics.

In our culture, older women enter into a campaign, discussion or competition with a very real handicap: invisibility, dismissibility. Younger women, do take note. This has a great deal to do with age. Beautiful young women, treated as brilliant wunderkind while they’re still ovulating, learn to their chagrin that, as accomplished, bright, capable as they now are, even more than they were, there was apparently another reason for a lot of that admiration and regard. That seems to be passing away as they age.

The most experienced, qualified candidate of our lifetime is running for President. She is also giving us a master class in double standards, sexism and just how appreciated older women are in our culture. Not very. 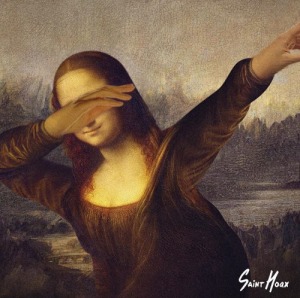 My pages “Secrets” and “Relief–Refreshing,” please do.  Most of the items on my pages have never appeared in my “posts.” 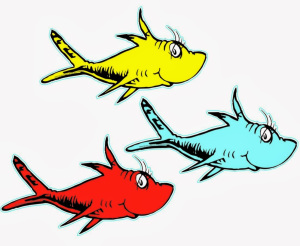 A writer, cartoonist from Massachusetts

He wrote about cats and red fish, blue fish

His Pop had dreams of him being a doctor

But he dreamed of “loraxes”, giggles and laughter

He had bunches of hunches, he thought and he thunk

Ate green eggs for breakfast and some other junk

The “sneetches” of Google, Wikipedia.org

Say his goal was to make literacy never a bore!

Gayle has introduced us to a “clerihew” which uses couplets and humour to present a biographical topic. She explains it much better than I can, so head on over to dVerse. I may have broken a rule by not mentioning the late Theodore Seuss Geisel or as we fondly know him, Dr. Seuss.

O I fell in love with Nancy Drew

who shone at ferreting out the clue;

without a doubt the very best sleuth

in my isolated  bookish youth.

Who am I?  I’ve been struggling with that question ever since  began dabbling into the subject of genetics and personality.

It’s no secret that a severe brain trauma or an insidious disease such as Alzheimer’s can alter who we “are”.   Maybe that’s where the “soul” comes in, but I dunno…

If a pill can change the self, is it so far a jump to the concept that our self is the shadow cast on the cave wall by our biochemicals?

It is now acknowledged that we come into the world with different temperaments and intellectual potentials. They call it being “hardwired.”  It has also been theorized that only human beings possess self-consciousness, although 98% of our DNA is identical to that of chimpanzees.

I don’t think I know myself.  (One of the reasons I’ve never experimented with street drugs is because when I experience myself, I want to know I’m experiencing me, and not a  foreign substance masquerading as me.)

it was a cinch

him to do it again

Mankind may not be getting better because, according to Richard Dawkins in River Out of Eden:

The primacy of family ties in all human societies and the consequent appeal of nepotism and inheritance.

The limited scope of communal sharing in human groups, the core common ethos of reciprocity, and the resulting phenomena of social loafing and the collapse of contributions to the public  good when reciprocity cannot be implemented.

The universality of dominance and violence cross human societies (including supposedly peaceable hunter-gatherers) and the existence of genetic and neurological mechanisms that underlie it.

The universality of ethnocentrism and other forms of group-against-group hostility across societies, and the ease with which such hostility can be aroused in people within our own society.

The partial heritability of intelligence, conscientiousness, and anti-social tendencies, implying that  some degree of inequality will arise even in perfectly fair economic systems, and that we therefore face an inherent trade-off between equality and freedom,

The prevalence of defense mechanisms, self-serving biases, and cognitive dissonance reduction, by which people  deceive themselves about their autonomy, wisdom and integrity.

The biases of  the human moral sense, including a preference for kin and friends, a susceptibility to a taboo mentality, and a tendency to confuse morality with conformity, rank, cleanliness, and beauty,

There were two prison riots — one in Florida on Sep. 8 and the other in Michigan on Sep. 11, 2016.  Feelings are too inflammatory to really comment on, so I’ll pass and NOT start the  vicious verbiage.  SORRY, BUT I WON’T APPROVE ANY COMMENTS ONE WAY OR THE OTHER.  Have a pleasant week. Hiding behind seat on a bus on the way to college’s last day of classes. Bad people see me and make me  clean up at front of bus and middle. I’m in a hurry to get to class so work especially hard. I’m on a bus with no schedule. No one checks up on how the schedule is running. It is not the bus I should be on.  Finally the driver says here comes the bus you should be on. I run out the door and stand in front of the oncoming bus and wave my arms. My old driver gives money to pay my fare. I get to school and have missed the last class but the food line is still open. I pick out what I want to eat and find I have the money in my hand–$10.  Someone is passing out grades and I find  out I  have he best grades in that old class–three E’s and an award of some kind.  I find my new class and sit near the front.

Earlier in the dream I am at the seashore in a wealthy lady’s house and Rob and his friend are there. The lady likes them, and me. (I think some of this part was from fiction I had been reading).

On the bus I had mentioned that I had been involved in a holdup or something and a woman there said she had covered the story.  At some point I was offered to be paid for 3 hours in a play by somebody on the phone.   (I think the lady had lent me money for that semester because my source had been stolen (based on the Dick Francis book I had been reading?)