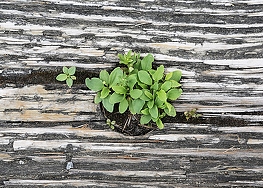 I wonder if all incombents should be required to pass a sanity test.  It would be in the best interest of everyone–Republican and Democrat alike.

“What does that mean?”

“You have a record of giving to the pro-choice candidates. You’ve made statements. You’ve got to be pro-life, against abortion.”

“Well, you’ve got a track record.”

What kind of license to rule might be devised?

Perhaps a national  rating by he FACT folks on the qualities all sane individuals must possess.  Surely everyone would agree on the qualities, wouldn’t they?  The Republicans can’t really like that their man stole state secrets when he left the White House!?

Would not everyone agree that elected leaders and guardians of our United States should rate outstandingly on Honesty, Knowledge, Level-Headedness, Respect for the Law, Anger Control, Rationality…what else?  Empathy would be nice, as well as  Decency  and maybe views on Climate Change?  What traits would conservatives reject?  Maybe  respect for the humanity of all, but you see I’ve left that out, although that would cover respect for women.  I’ve also side-stepped use of the DSM-V which may be more contentious.