If I say “Sigh” it may be misinerpreted, so I won’t say anything, except to reblog it.

Ironically Fr Lokodo, one of the greatest human rights abusers who persecuted LGBTQI Ugandans was a member of the Uganda Human Rights Commission (UHRC) and in commission of this work died Saturday morning in Geneva, Switzerland, according to a statement from the rights body. 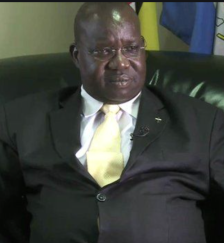 The LGBTQI world will not be mourning this man’s death, noting he is probably directly and indirectly responsible for much violence and resulting death to innocent Ugandans.

Melanie Nathan of African Human Rights Coalition notes: “Simon Lokodo, a former priest, promoted the horrific Anti-Homosexuality Act of 2014, also known as THE KILL THE GAYS BILL, in Uganda. He hid his human rights abuses behind his title of MINISTER of ETHICS and INTEGRITY, between 2011 and June 2021 when he was dropped from cabinet. Two months…