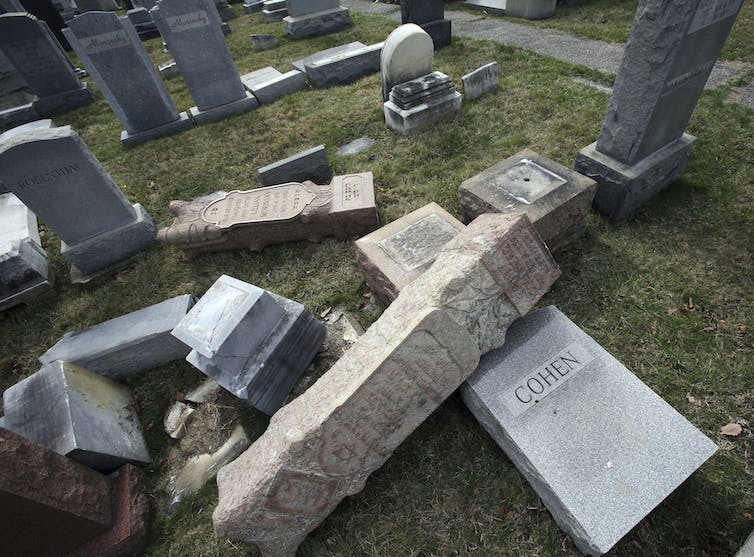 Demagogues have always used fear for intimidation of the subordinates or enemies, and shepherding the tribe by the leaders. Fear is a very strong tool that can blur humans’ logic and change their behavior.

When ideologies manage to get hold of our fear circuitry, we often regress to illogical, tribal and aggressive human animals, becoming weapons ourselves – weapons that politicians use for their own agenda.

From a psychiatrist and neuroscientist specializing in fear and trauma, who has some evidence-based thoughts on how fear is abused in politics:  theconversation.com

The politics of fear: How it manipulates us to tribalism

Fear, a psychiatrist writes, has roots deep within the human psyche, and demagogues have long exploited the emotion. In today’s world, it’s important to know the dangers of that exploitation

I used to think I would be a child prodigy, but then I got old. Formerly I had fantasies of rubbing elbows with cultural and academic leaders but that did not come to pass because I did not become a cultural or academic leader or any other kind of leader, for that matter. I am not even an "Alpha Dog," a term learned from a friend who had to become "Alpha Dog" in order to influence her own pet. (When gazes lock, she never looks away.) For years I expected to become a published author, but in passing I could not avoid the fact that I had little to contribute to the world's bulging dumpsters. I'm embarrassed to report that I also considered my primary process artistic productions powerful, rather than mildly neurotic. Which is not to say that I disrespect myself, only that I am beginning to doubt my potential for making a mark on the world. If I focus on strict self discipline I may be able to keep my garbage removed on a weekly basis, to keep the kitty box changed, the clothes cleaned, the dog watered, fed and walked, but that just catches me up to the starting mark again. When writing I physically grapple with words, wrestling them from their indifference into attempted chunks of awareness. I sit heavily on my chair; I breathe in artificially cooled air; my ear drums note the tap tap of the keyboard and the steady uninterrupted sound of the air conditioner, What is that sound? The roar of the ocean from 30 yards away...Inside, my thoughts are are balls in an electronic game machine, bouncing hither and yon from lever to lever. I am a little grim and intent until I recall a dream related by a black man in the prison where I once worked. He said that when he was a small boy, back home, he dreamed he was standing on his front porch pissing, and that he suddenly found himself pissing stars...
View all posts by Nan Mykel →
This entry was posted in A mixed bag, Fear and tagged Political Manipulation. Bookmark the permalink.